The answers to your problems are inside of you…

Let me paint a picture of one aspect of what often stops businesses from growing and then show you how we would work with it with Eidetics.

I’m assuming that you already know something about business and you have at least a pretty good sense of what your business (or your work) probably needs and what can grow you bigger. But…. you just aren’t doing it enough or very often or very easily.

One business owner I worked with knew exactly what kind of staff she needed, but repeatedly would hire the “wrong” person for the job, and then spent hours of her time worrying, cajoling, fixing, “trying” to train and retrain – and ended up with vast swathes of her time wasted, and a BIG headache. PLUS, most important, the tasks weren’t getting done and guess who did them in the end? That’s right – she did!

Now a business coach, which I am not, might tell you to hire a better fit. And that coach would be right! But…what if you already know that you need to do that, but years later you still haven’t done it.

Now that’s where Eidetics can help you.

Within the dilemma of having a poorly functioning staff or dysfunctional team are many aspects of the struggling leader:

There are many more, but let’s start with those.

When a client comes to me knowing what to do but having a LOT of trouble doing it, we use an Eidetic image to help.

Instead of trying to tell someone to do what they already know they should do, we skip over that part of the so-called “rational” mind and see an Eidetic image. 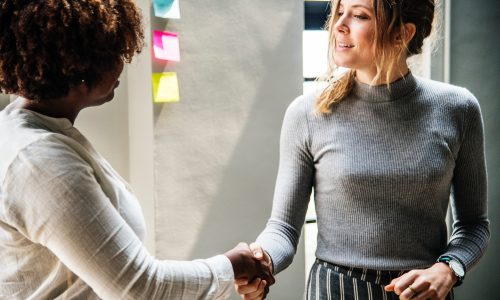 There are many I could choose from, but in this case, I might ask the person to see herself and her staff in an image, and see, in this particular image that emerges in front of her, uncontrolled, who is more vivid and who is more vague.

This phenomenon occurs because when something looms heavy and oppressive in our thoughts, it usually appears that way in an image – vivid, and compelling, hard to take our eyes away. Remember, this is NOT a metaphor – this is what the image is showing and reveals what is going on in our mind. Literally.

This phenomenon occurs because when something looms heavy and oppressive in our thoughts, it usually appears that way in an image – vivid, and compelling, hard to take our eyes away. Remember, this is NOT a metaphor – this is what the image is showing and reveals what is going on in our mind. Literally.

We all have the experience of not being able to let go of a scary, negative, intruding negative thought. You can’t wish it away; you can’t “make” it leave. Maybe it’s a big worry or heavy concern and it just won’t go away. The body feels tight, the shoulders rise up, our breathing gets shallow, perhaps we feel a headache coming on.

All of this shows in the image. When we work with the Eidetic image to shift who is vivid, and who is vague, the relief is palpable. Shoulders descend, breathing automatically deepens, the pit in the stomach relaxes. The mind shifts and the body shifts with it.

When the over-vivid person or situation begins to “fade”, the wonderful “side effect” is that our mind gets freed up and our true creative mind begins to emerge. Suddenly we have access to fresh and new ideas or even an old idea now feels doable. Whereas before we might have said – hell no, now we feel …let’s try it!

When over-vividness and over-focus is worked with in this way, the entrepreneur or creative is able to handle people and situations – like their own over-working and over-stressing – in a creative, life-enhancing, positive way that feels natural to them.

There really is no substitute for experiencing Eidetics. No verbal explanation can take you there completely. So if you’d like to experience a bit of the other, more expansive, creative side of your own mind, try this.

NOTE: The difference between someone telling you to do something that you won’t /can’t get yourself to do and feeling your mind freed up to journey out into its own solutions and ways of doing things is a great gift that Eidetics offers.

Episode 8: My personal story of actually RESISTING what I wanted most
Scroll to top